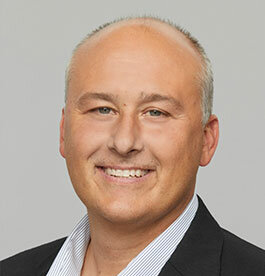 Transitions is thrilled to welcome Rick Cantrell in his new and well-deserved role as our Chief Operating Officer. Rick has over 25 years of experience in the healthcare field as an accomplished leader, running multi-site locations for Help at Home – a community-based home healthcare provider that serves patients in 13 states across the country. From February 2003 through October 2015, he served in the role of Executive Vice President for the organization. In this position, he added 4 new service lines, opened 75 branch offices, and utilized a De Novo strategy to open over 300 homes for patients with Developmental Disabilities. In 2015, Rick was named the Chief Operating Officer and Chief Quality and Compliance Officer for Help At Home, and held the position until his decision to join Transitions in 2021.

Prior to working with Help at Home, Rick earned a Bachelor of Sports Medicine and Community Health from Ball State University. He also served in the role of Regional Vice President for Addus Healthcare. Rick’s focus in his role at Transitions will be to further optimize the Transitions Care Model, as well as grow our business in the home care and home health space.

Bringing his extensive knowledge, goals, vision, and inspiration to the Transitions team, Rick’s main focus in his first year is centered in developing an operating model which will streamline both communication and the operational process. He plans to bring operational strategy to scale Transitions for growth while maintaining compliance throughout the company. After transforming Help at Home into one of the top 8 employers within the United States, he plans on taking a similar approach at Transitions in order to foster a culture of growth, success, and inclusivity.

Rick is most excited about building relationships with each Transitions team to better serve patients in their individual service areas. In his first few weeks, he has enjoyed observing the dedication and hearing the positive words of every team member he has spoken to or worked with. “Everyone has nothing but good things to say about Transitions!” Rick happily exclaimed. He continues to express that witnessing the culture and passion from all staff is what brought him to join Transitions.

Both personally and professionally, Rick is most inspired by his Dad. Honorably working at the same place of employment for 55 years, his father maintained his strength and dedication to his company, retiring at the accomplished age of 83. His devotion made him an admirable role model, as he set a perfect example for Rick to gain his own motivation and desire for success in his future career.

Rick has been married to his wife Rochelle for 25 years and they have 3 boys: Caden – 22, Camdyn – 16, and Kian – 13. They currently reside in Valparaiso, IN. He is also an avid health enthusiast and runner, and enjoys wakeboarding, R/C Cars, R/C Helicopters, and the Chicago Blackhawks. In his free time, Rick enjoys working out, boating with his family, and has also been the coach of his sons’ high school soccer team for the past 7 years.We are honored and excited to welcome Rick to the Transitions family, and eager to be a part of all he achieves as we look forward to a bright and successful 2022!